What are the causes of GERD?

How is GERD diagnosed?

Esophageal 24hour pH testing is the gold standard in diagnosing GERD. A thin catheter is placed in the esophagus through nostril to identify when, and for how long, stomach acid regurgitates. This test is done in one-day admission to the hospital. 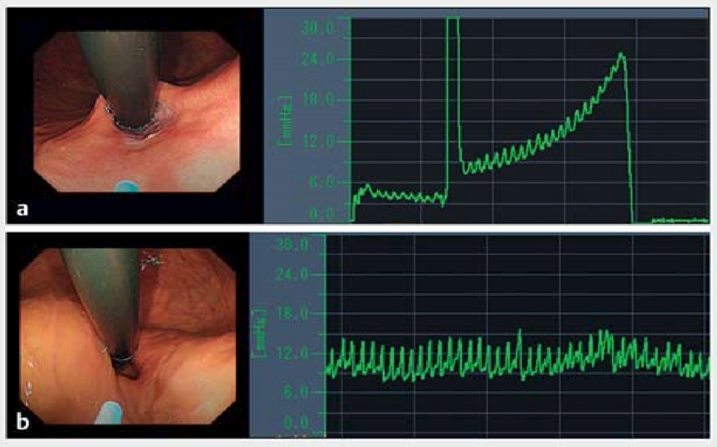 Figure a: If the stomach hold enough air (Uphill pattern of intragastric pressure), it means that LES valve is working properly ➡ High possibility that there is no acid reflux

Figure b: If the stomach can’t hold enough air (Flat pattern of intragastric pressure), it means that LES valve is impaired ➡ High possibility of acid reflux

How does it work?

Please feel free to contact us if you have any symptoms of GERD.