We use the same entry site and submucosal tunnel that was created during POEM procedure.

Submucosal endoscope is advanced through the peritoneum into the abdominal cavity. We carry the needle and make the distal anchoring at the anterior gastric wall by grasping the full thickness of the gastric wall (Fig. A). The second stitch is placed at the distal end of the exposed dissected muscle layer in the submucosal tunnel. By pulling back the scope and the device (Fig. B), suture is tightened up and partial wrap is created at the gastric cardia (Fig. C). 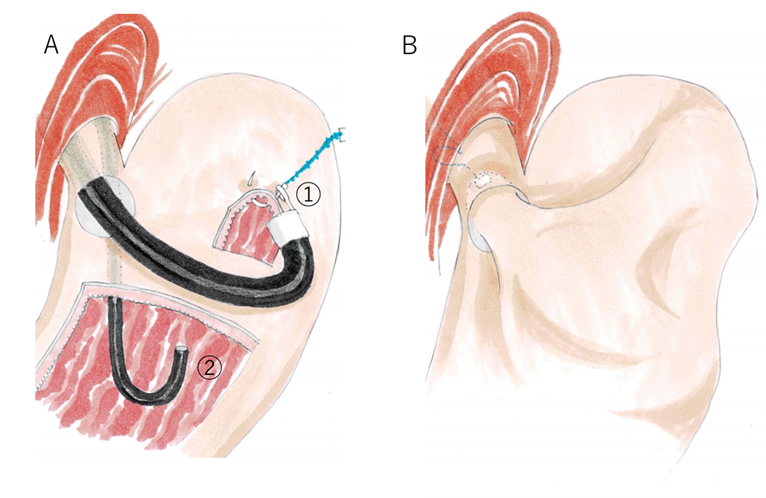 Fig.A: An illustration of POEF procedure. We use two endoscopes. One is in the peritoneal cavity which is used mainly for operation. The second endoscope is in gastric retroflex view to confirm the morphological change of the cardia and to assist the main scope.
Fig.B: An illustration of the result after POEF. Ideally, the shape of the cardia is similarly designed to that of Dor fundoplication.

The entry site is completely closed by clips, same as in POEM procedure.

The morphological change at the gastric cardia (Achalasia patient).
Fig.A: Before POEM. The cardia is tightly closed.
Fig.B: After POEM. After myotomy, the cardia is widely opened.
Fig.C: After fundoplication (POEF). The cardia is covered again by the created floppy partial wrap. 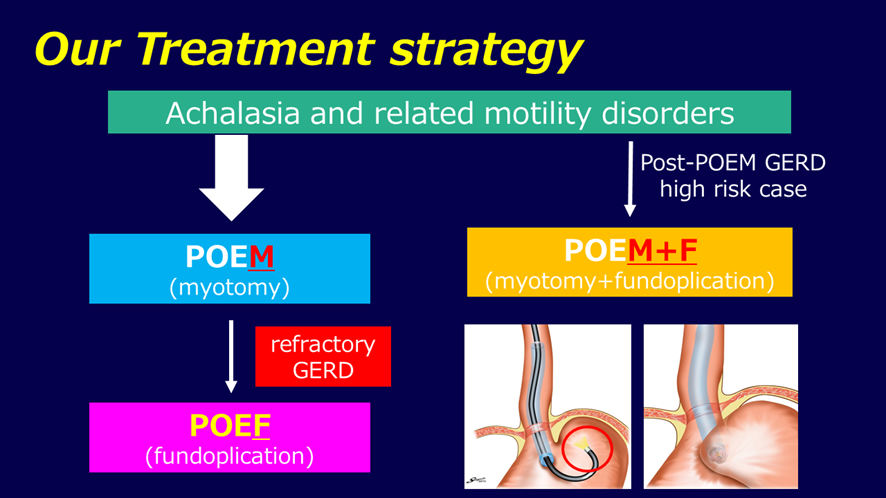